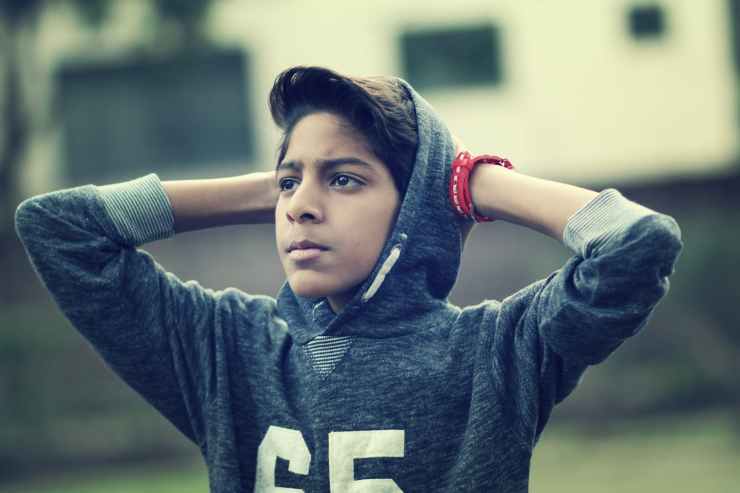 Ask the select committee to reject this bill. Sign our petition here: https://our.actionstation.org.nz/petitions/youth-justice-demerit-points-bill-will-hurt-our-young-people-ask-the-select-committee-to-reject-it

The intention behind the bill is laudable, reducing the recidivism rate, and supporting rangatahi who enter the justice system to prevent them coming back, I mean who wouldn’t want to achieve that goal?

Yet, the bill itself displays a critical lack of understanding regarding the context that contributes to youth offending. In a press statement in March following the ballot being drawn, Darroch Ball stated that “The ‘Youth Justice Demerit Point System’ will put an end to the existing situation of perpetual reoffending by youth without consequences.”

The bill goes on to state that currently 60% of rangatahi who enter the justice system re-offend; while 40% re-offend 3 or more times; and 14% go on to reoffend 6 or more times. According to the bill the reason for this reoffending is “a pervasive lack of responsibility” leaving rangatahi to believe they can do whatever they want without consequences.

This comment oversimplifies the multiple, complex, and layered challenges, our rangatahi are forced to navigate. It also builds on a harmful and dangerous myth which exists within our community. A myth that casts rangatahi as lazy, disobedient and irresponsible, and says that the issue with society is that we’ve gone soft on crime and stopped smacking our kids.

It’s a myth that empowers child abuse and enables it to run unchecked both within our homes, our schools, and basically any system that our rangatahi are affected by.

Rangatahi are not reoffending simply because they lack discipline.

And tougher penalties and a firmer approach won’t help them to exit the system.

The challenges our rangatahi are facing are immense. If we step away from the numbers for a second and look at the kids that are in that High-Risk offenders category, we begin to get a picture for why that recidivism rate is so high.

The rangatahi that I have worked with in that category, are often victims of abuse, with a history of poverty, mental illness, intellectual disability, and severe trauma. They are also predominantly Maori, facing regular, and constant discrimination.

Speaking more specifically to my own context, the rangatahi in my care have predominantly experienced a lifetime of instability, and inadequate housing. The majority of them having experienced significant time living on the streets, or couch surfing.

Now that is the context we are dealing with.

So, we are not talking about young people who are healthy, or safe, or living in adequate housing, or have adequate access to food, or clothing. Nor are we predominantly talking about rangatahi who have whanau around them that are caring for them, or communities that are healthy, and looking out for them.

We are talking about kids who have experienced the worst in life. Who have suffered beyond what most of us would dare even imagine, and who are living out of a whirl wind of trauma and pain.

When rangatahi are in this space, most of what they do is reactionary, that isn’t to minimize the gravity of what they have done, but is simply to acknowledge the reality of their present condition.

So now let’s add to all that a system that actively retraumatizes our kids. Remembering that some of these kids still remember the trauma of having been ripped from their families and dragged into state care. Many taken to homes by that same state service, where they suffered further abuse and witnessed only more violence. For many of these rangatahi, being involved in the state system only brings more anxiety, bringing back memories of powerlessness, and despair.

And so, with all that, is it little wonder that most fail to engage with the system?

Currently, my colleagues and I within the Youth Development sector have to work around a broken system, in order to achieve anything for our rangatahi. Trying to find ways to support our kids, while working in a system which is actively doing them harm. Many of us are not contracted to do half the work that we do, yet supporting rangatahi requires a holistic approach, and that is what Youth Development Workers seek to offer. Preventing reoffending means dealing with the issues that led to the offense in the first place. Which means if our rangatahi are homeless, then they need safe, secure and stable accommodation. If they are mentally unwell, or have an intellectual disability, then they need support to manage these challenges. And if they have been victims of abuse, and are wrestling with past trauma because of what they have experienced in their short lives, then they need a strong and sturdy community of people willing and able to walk alongside them as they navigate that journey towards recovery.

As you can see these aren’t simple challenges to overcome.

Nor, are they challenges which can easily be funnelled down to a “pervasive lack of responsibility.”

Which begs the question, who are NZ First consulting on these bills?

Because, when I speak with my colleagues across the sector about how we would turn around Youth recidivism, it looks like more dedicated and resourced support. Safe and stable accommodation. Services that are strength based, and youth centric, flexible and able to meet the individual needs of our rangatahi. It looks like addressing poverty and taking seriously the impact mental illness has on addiction. It looks like early intervention and supporting whanau and communities to thrive.

Because, instead of intelligent policy, that has real hope of making a difference, we have – as with Darrach’s First Responders bill – yet another bill before our parliament which has provided a “solution” without examining the real problem. Once again wasting taxpayer money, and our politician’s energy, which could be better served if diverted into fast tracking Justice reform.

If Darroch is serious about reducing Youth Offending he could start by cleaning up our Family Group Conferences. Currently, a rangatahi entering the justice system can be referred to a Family Group Conference, or FGC. The FGC is meant to be about restorative justice, it is meant to be rangatahi led, and victim centred, and is meant to provide a way to address the real issues that have contributed to the rangatahi’s offending, while drawing on the young person’s wider community, and supporting the rangatahi to be accountable and take ownership of their decisions. The intention is that a plan is made with the rangatahi, which is than agreed on by the group, and signed off by the court.

The problem is they rarely work the way they are intended. More often than not rangatahi get dragged into these conferences, they spend the time getting talked down to, and talked about, and then a plan is made for them, and they are coerced into mumbling their ascent. This process does nothing to support our rangatahi to face the consequences of their actions, nor does it help them address what’s really going on for them.

Restorative Justice is what we should be striving for, yet it has to be done right, or else it isn’t restorative. FGC’s should be victim centred, allowing rangatahi to hear from those they have done wrong, and giving them the opportunity to understand the harm they have caused to the victim, and to their wider community. FGC’s should also be designed in a way that is Strength Based, and allows the rangatahi to engage on an equal level, without being further stigmatised or talked down to. A full review of Family Group Conferences, taking feedback from the Youth Development sector, and the wider community, would be one place to start if this Government was serious about dealing with youth reoffending.

Another solution, that would help immediately, is to provide every rangatahi who enters the Justice system with their own Youth Development Worker who is independent of the state system. Youth Workers are currently doing invaluable work plugging holes within a system which is treading water. The problem is that most of us are either volunteers or working within a contract that does not account for the sort of holistic support our rangatahi need. Which means we have to find ways to meet our contractual obligations – and thus keep our jobs – while still meeting the needs of our rangatahi.

A service designed in consultation with Youth Development Sector, with a specific focus on supporting rangatahi who enter the Youth Justice system, would be one way to provide early intervention to rangatahi as soon as they enter the system. If each rangatahi had a dedicated Youth Development Worker, their needs could be assessed immediately, and they would than be able to be connected to the right support before they become entrapped within the system.

Darroch Ball is right that something has to change. He is also right to seek ways to identify rangatahi early and seek to provide early intervention so that rangatahi don’t get trapped in the system. Yet, a demerit point system will only further stigmatize our rangatahi, and once again fails to address the real issues.

The system needs an overhaul, it’s not working, that much is evident to everyone.

Instead of getting stuck trying to put more bells and whistles on what is already a broken-down beast, we need to just get on and remake it.

Ask the select committee to reject this bill. Sign our petition here: https://our.actionstation.org.nz/petitions/youth-justice-demerit-points-bill-will-hurt-our-young-people-ask-the-select-committee-to-reject-it